Duluth News Tribune publisher Neal Ronquist said the One River, Many Stories project has the potential to focus the energy of an entire community on one topic.

“If you put all this media attention on an issue, what is the impact?” Ronquist said in a recent interview in his Duluth office.

On Feb. 11, Ronquist will join two other top media experts in a discussion about the state of journalism and the changing media landscape. The lunchtime, brown bag event, “Collaboration v. Competition” is at the Duluth News Tribune office in Duluth. 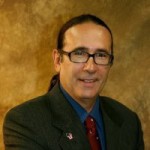 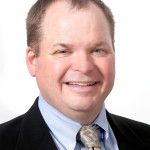 Joining Ronquist on the panel will be Barbara Reyelts, news director for KBJR 6 and Range 11 and KDLH 3 News, and Paul DeMain, CEO of IndianCountryTV.com and News From Indian Country.

A Minnesota native, Ronquist came to the DNT a year ago from the Traverse City Record-Eagle where he held the same position. He said in a Duluth News Tribune article that he has been involved at one point or another in his career in every aspect of the newspaper business.

Ronquist said he’s excited about the changes happening in journalism. At the same time, he acknowledges that the “blurring” of journalism has posed challenges for professional news organizations.

Here is a sampling of his comments.

#OneRiverMN: The One River, Many Stories project asks area media and community storytellers to agree to tell at least one story about the St. Louis River, its communities, its people. What excites you about this project?

Ronquist: I think it’s a great focal point because it’s so important to the community. I think what intrigued me initially when you brought this up was the fact that it is a big issue for the community and should be an important issue. Any time we have those components coming together, we want to be involved in fostering that community conversation.

Collaboration versus competition: This project asks local media to work together on a project. What are your thoughts on collaboration?

Do they have the same value and ethics as we do? If they do, then we are going to be comfortable with it. We want it to be mutually beneficial.

Ronquist: There is a blurring of lines within the media. Newspapers are using things that radio stations have used, such as podcasts. We are using video now, which TV was into. Our lines are being blurred in terms of who we are and how we tell stories.

Being first: How important is it for news organizations to compete to get information out before their competitors?

Ronquist: From my perspective, being first isn’t as important as being the recognized and trusted source. That to me is much more important because that goes to your integrity, your credibility and those are the things that people remember. They don’t necessarily remember where they read or hear things first.

Citizen journalism: Citizens now have the power to tell their own stories and produce their own journalism. Ronquist talked about the bad and good of this.

Ronquist: I think that the creation of the more aggressive citizen journalism in the last decade or so has definitely created challenges for the traditional media.

I think those that aren’t as responsible with it have created an environment where the audience now believes everything that they see, that they read, that they hear, and we have opinion being couched as fact.

Ronquist: I think the level of transparency that it’s brought is a good thing. There is a camera everywhere, and if you are a public official especially, if you ever think that what you say or what you do is not going to be recorded or preserved for historical record, I don’t know where you have been living.

We also want to be a voice for those who can’t have a voice themselves and I think it has helped in that arena as well. It has helped with injustices and other challenging aspects of society that maybe wouldn’t have been focused on as intently or gotten the immediate attention as it has.

“One River, Many Stories” is a journalism, media and storytelling project and resource hub for journalists, educators, and citizens to foster deeper conversations about our community. This University of Minnesota Duluth journalism project is funded in part by the Knight Foundation Fund of the Duluth Superior Area Community Foundation.