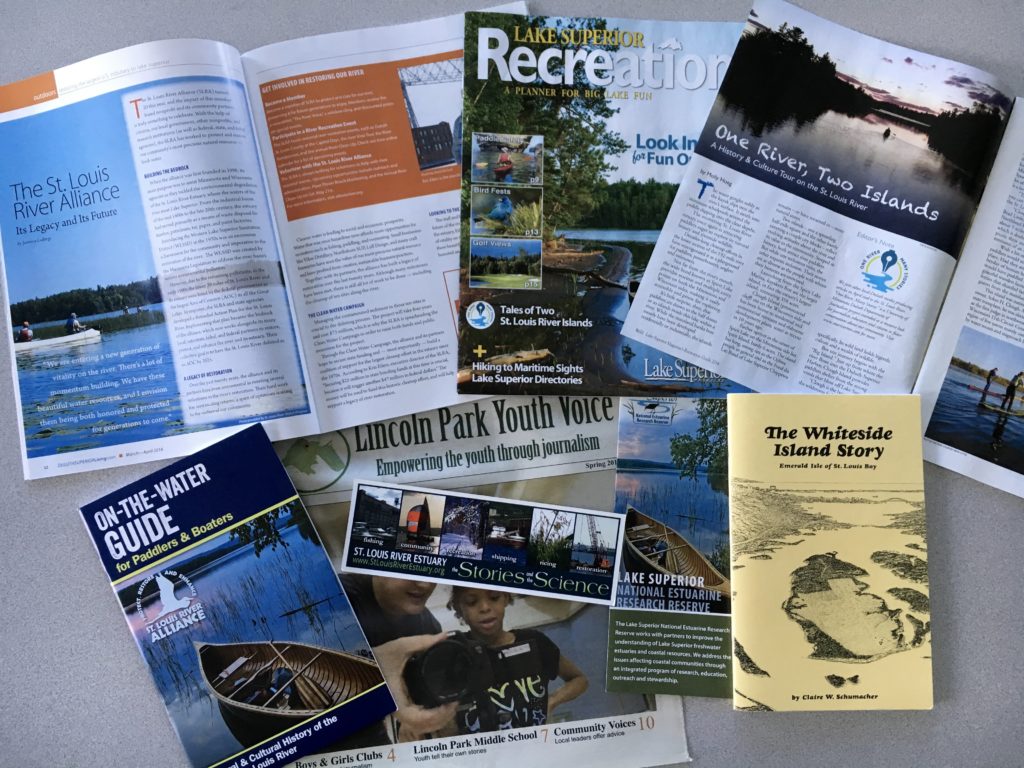 River stories recap: Here is a growing collection of stories about the St. Louis River that have been told during the past year. Many of these stories were contributions to the One River, Many Stories project. Have we missed a story? Help us add to this list by emailing us at onerivermanystories@gmail.com

Origins of One River, Many Stories

Perfect Duluth Day‘s Paul Lundgren explains how the One River project began as a way to honor the memory of KUWS reporter Mike Simonson. Lisa Johnson of Community Conversations at KUMD interviewed Lundgren and UMD’s John Hatcher about the project, along with Kris Eilers of the St. Louis River Alliance.

Broadcast Media
Watch WDSE‘s one-minute video stories about the river. Mike Casey talks about the Lake Superior & Mississippi Railroad. Paula Vang talks about her family’s ties to fishing the St. Louis. The soulful quiet of walking beside the river, and the river’s birds, are what Sharon Rogers values. Stephan Witherspoon remembers fishing the river near Chamber’s Grove as a child, and catfish on the Cloquet River. The videos are rebroadcast regularly during program breaks on WDSE. AlmanacNorth on WDSE interviewed UMD associate professor John Hatcher, a member of the One River project team, just after Mayor Emily Larson’s first appearance on the show.

Listen to KUWS/Wisconsin Public Radio’s “One River, Many Stories” broadcast featuring area poets and storytellers. The page also includes links to all submissions. KUWS’ Danielle Kaeding reports on the progress of river cleanup.

Dan Kraker‘s story for Minnesota Public Radio describes efforts to clean the St. Louis River — and how much there is left to do.

Print and Digital Media
Perfect Duluth Day’s Commerce on the River series profiles businesses in communities along the St. Louis River, starting with Nelson’s Fishing Guides & Charter (To learn more about Nelson’s, read Duluth writer Eric Chandler’s article about how his friend from the military, Charlie Nelson, came up with this business idea in 2002 while patrolling the Texas skies.) The series continues with the timeless watercraft designed and built at Symphony Boat Company, and profiles Loll Designs‘ amazingly durable and stylish furniture, and Demolicious where you can get rid of anything. Rounding out the series are longtime river community businesses Superior Packaging and Willard Munger Inn.

Eric Chandler contributes another One River story as part of PDD’s Saturday Essay for PDD, “I did love the place then” and quotes former Duluth resident Sinclair Lewis — as Chandler explains why he loves the river and region now.

Perfect Duluth Day shows off river-inspired prints made by students at Laura MacArthur school, and the new piping project for Spirit Mountain.  PDD tells us about the 1826 American Fur Trading Company post in Fond Du Lac, and Dusty the Dawg runs the Piedmont bike trails above the river. PDD gives us a view of the Twin Ports from outer space — tweeted by astronaut Jeff Williams of Winter, Wisconsin.

The Selective Focus feature on PDD highlights gorgeous photos of St. Louis River recreation, and of the river’s contemplative spaces.

Molly Hoeg‘s article about the history and culture of two river islands — Clough (Whiteside) Island and Spirit Island — in the April/May issue of Lake Superior Magazine is now online.

The Duluth News Tribune updates the Oliver Bridge repair, and covered the Chamber’s Grove park restoration when it was announced last fall. The DNT’s Sam Cook writes about sturgeon-tagging on the river, and John Myers covers the discovery of “meteotsunamis” on the Great Lakes — including video footage of one on the St. Louis River. Steve Kuchera of the DNT gives us photos of some of the 1,500 local students who come out in force every spring to study the river as part of River Quest, learning about the St. Louis River ecosystem and interrelated commercial, industrial and recreational activities. Reporter Lisa Kazcke and photographer Clint Austin show us whitewater rafting on the river, and profile two companies who specialize in this. Christa Lawler profiles artist and photographer Ivy Vainio, and her river journey this year collecting photos and stories for the St. Louis River: Diverse Connections exhibit at the Duluth Art Institute.

Local environmental reporter Stephanie J. Hemphill wrote about the growing influence of Native tribes in environmental decisions, and about the challenges of wild rice restoration on the river, including the presence of sulfates, for Agate Magazine. Hemphill also wrote on trout stream monitoring in the St. Louis River watershed for MinnPost, and on the watershed ecosystem’s economic benefits, which total $14 billion, according to the study commissioned by the Fond Du Lac Band of Lake Superior Chippewa.

Zenith City Online remembers the debut of the Aerial Lift Bridge and the controversial dike between Rice’s Point and Minnesota Point. Heidi Bakk-Hansen reminds us of the 1909 “rumble on the river” boxing match. Tony Dierkins at Zenith City Online has the history of the fur trading post.

The April/May issue of The Woman Today has a profile of St. Louis River Alliance’s Kris Eilers and Sarah Gleaner by Sheryl Jensen on page 20; managing editor Jensen talks about the One River project in her column on page 4; a river-side home on Stryker Bay is profiled on page 70.

Bloggers
Nick Up North compares the river to Jack Palance, and stereoscopes the St. Louis River; here’s his December bike ride over the river (with video).

Adam Jagunich flies his drone over the Oliver Bridge, and shows us the pelicans who gather on the river in spring.

MinnesotaBrown covers the April 13 Iron Range forum on the region’s economic future, led by Dan Kraker and Cathy Wurzer of MPR; Aaron Brown wrote a guest post and podcast for Strong Towns on the Iron Range, part of the river’s watershed. Brown’s 2012 piece on the Hill of Three Waters about the river’s watershed is not to be missed; read his take on why “one little river is such a big deal… in the glacial aftermath of Northern Minnesota.”

Outside in Duluth describes a family expedition to the source of the St Louis River.

Hansi Johnson at Universal Klister shows us early spring camping/kayaking on the Cloquet River, and his front-row perspective on the 2012 flood in Thomson.

Eddy Gilmore‘s Whiteside (Clough) Island adventure appears on his blog, and a shorter version in the Duluth Budgeteer.

Public events
The Duluth Art Institute opened a month and more of river stories with its exhibition St. Louis River: Diverse Connections by Ivy Vainio. Matt Hollenhorst and Matt Kania made interactive maps of the river; the collection of river stories, photos and mementoes grew throughout April and May as visitors added to the map. More info soon on the next phase for these wonderful maps.

Sara Thomsen and the Echoes of Peace Choir sang about the river on May 1 — concert proceeds benefited Nibi Walks (Water Walks), Indigenous-led, extended ceremonies to pray for the water (nibiwalk.org).

Minnesota DNR has historic photos and a timeline of the swinging bridge at Jay Cooke State Park. Tom Hollenhorst points us to a cool map showing bridges and structures on the St. Louis River. 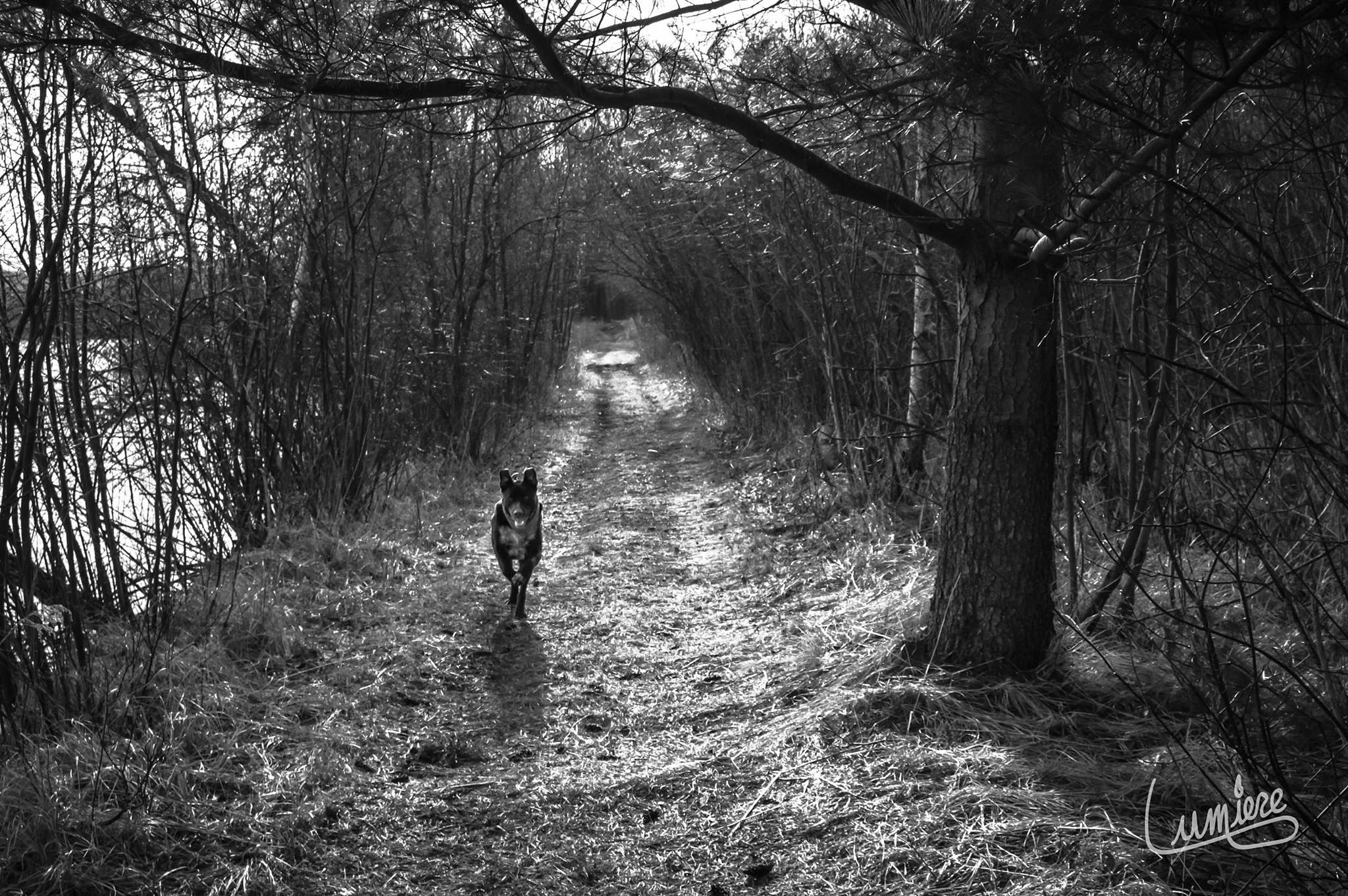 Dane Gagnon sent a photo of his cattle dog, Timmy, enjoying a stroll along the river.